SHTF PREPAREDNESS FOR THE ULTIMATE SURVIVALIST.

“Let your plans be dark and impenetrable as night, and when you move,

Decide, Commit, and Achieve the Knowledge and Skills for an Extreme SHTF Bug Out Survival

Real preparedness for the extreme survivalist.

Learn how to acquire the survival skills needed to survive an SHTF event.

This Site is currently being built and under Construction. Please excuse any broken or missing links. We are working Diligently to get this Site at its full potential.

Stand-by, you’re on the flight deck

IRAN: This could be as serious as it gets. You need to follow this closely. We send carrier groups to hotspots all the time. But, we only send Bomber squadrons when the threat of war has a high potential.
Several consequences could occur if we attack Iran.
If we attack Iran, Iran will attack us on our soil here in the U.S.
This could lead to WWWIII.
If WWWIII starts, we will be attacked on our soil as well.
This could go High Alert at any time.

Economy: With the tariffs against China, and now Mexico, and with an already shaky economy. Get ready for a stock market crash in the makings.
Venezuela: Has the same potential to some extent, like Iran to start WWWIII. Both Countries have the backing of China and Russia. Possibility of uniting S. American countries to attack our southern border
China: Between the tariffs and the South China Sea, China will not be bullied. And like Russia, they will make the first strike if they feel threatened.
Russia: The new “Sleeping Giant”. When we piss them off, it’s over for us. They will strike first, here, in our Country.
North Korea: Just bumped back up to Medium Alert. Back in the swing of things again, firing and testing missiles again. China’s baby brother could be the one to start WWWIII.

EMP Threat: This threat could jump all the way to the top of the list at any time. This could be the first strike weapon.
Civil War: I believe this will escalate more around elections if we make it that far.

Intel: Intel for survival is the ability to acquire and apply knowledge from the collection of information about military or strategic world events that would affect us.
But we are civilians, we must gather our intel from information on the web and all types of media sources. The more info we obtain, the more one can prepare for an SHTF event. To be ready for an EVAC, or, to Lock and Load. 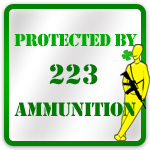 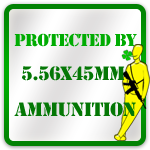 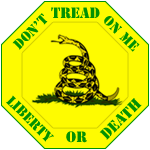